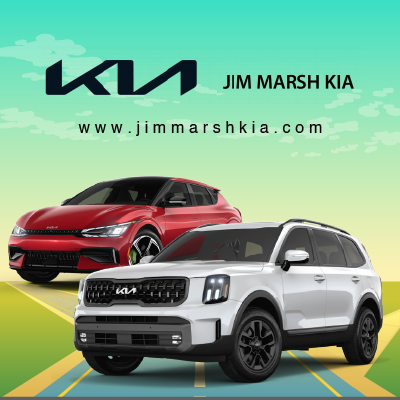 According to Kelley Blue Book valuation analysts, the estimated average transaction price for a light vehicle in the United States in 2021 was $37,876. Expensive! The average new car price in 2023 is $48,094! You can see that it has only increased over the years.

What if you have a budget that's half of this? Worry no more because Jim Marsh Kia, being one of the best dealerships in Las Vegas, has a whole category of pre-owned cars for you that you can get for as little as $300 per month, with an easy installment plan.

Whether you are looking for a great pre-owned car or an SUV, we provide you with a variety of options while also allowing you to stay well within your budget.  In this blog, we've listed the best cars from our “under $300 a month” category, let's start!

With a 1.8-liter I-4 engine that generates 130 horsepower and 128 lb-ft of torque and a continuously variable transmission (CVT), the 2016 Nissan Sentra has EPA ratings of 29/37 mpg in the city and highway. The compact sedan achieves 27/35 mpg when connected to the standard six-speed manual transmission. Front-wheel drive is the only configuration for the Sentra.

Since Sentra received the highest rating of "Good" in all crash evaluations (small overlap front, moderate overlap front, side, roof strength, and head restraints and seats) and the highest rating of "Superior" in the front crash prevention evaluation, the 2016 Nissan Sentra was given the IIHS's highest honor, Top Safety Pick+. Also, the sedan's capacity to avoid a low-speed collision at 12 mph and to slow down the collision at 25 mpg earned the Sentra the highest grade when fully equipped. This highly rated car is available at Jim Marsh Kia in an excellent condition, check it out.

The 2015 Honda Civic is available with one of the best gearboxes on the market, and most reviews claim that it has enough power. They note that the sportier Civic is the most entertaining model in the portfolio, and that it has a smooth ride and composed handling.

The 1.8-liter, four-cylinder Honda Civic engine produces 143 horsepower. A continuously variable transmission (CVT) is an option in addition to the five-speed manual transmission that comes as standard. The vehicle achieves good fuel economy for the class of 30/39 mpg city/highway, according to the EPA. Reviewers agree that the 2015 Civic has a comfortable ride and composed handling. Most say the steering is well-weighted and the car has a firmer ride than other models. We have this amazingly rated car in our pre-owned inventory, available for you with easy installments.

The 2015 Kia Sorento is a genuinely contemporary mid-size crossover, and it's fair to argue that compared to Kia's vehicles, which have advanced over time in noticeable steps, the Sorento has progressed more steadily. Almost every year has seen a number of small adjustments.

The exquisite cabin interior took a significant step in a refined new direction. The interior of the Sorento feels modern and new even if its sheet metal generally remained the same as it has for the past few years.

Most of the inexpensive-looking plastic that served its purpose well enough for the past few years have been removed, and it has been coated in finer, softer materials with thin, understated metallic trim.

On the outside, there are certain exceptions. The Sorento's grille is a bit different for 2015, with either a black mesh or anodized silver metal appearance. Additionally, the LED front lamps and projector headlamps have been given a new appearance, and the optional fog lamps have been moved further out to the corners.

All in all, the design, built quality, and engine, everything is amazing. Jim Marsh Kia has the 2015 Kia Sorento available for you in the “pre-owned vehicles under $300/month” category.

The Renegade introduces a fresh design that more closely matches the Jeep lineup. It has a compact design that is upright, tall, and slab-sided. It can be noted that the stylists consciously exaggerated some of the elements to underline its history. To emphasize strength, the rubber-lipped wheel arches are kept big and trapezoidal, and the headlights surrounding the seven-bar grille are round and huge. The "X" shapes on the taillights are a tribute to the fuel cans used during World War II.

The console and dashboard inside are slightly more durable than those you might find in a subcompact. The two center air vents, which are shaped like "Wall-E," are located in a little pod on top of the dashboard.

Ventilation knobs are big, circular, silver, and look logical at once. In addition to slightly enlarged controls, there is hard plastic covering larger surfaces and soft-touch vinyl.

The standard engine is a 1.4-liter inline-4 turbocharged with 160 horsepower and 184 pound-feet of torque, combined with a 6-speed manual transmission. For more power, a 9-speed automated gearbox (clearly the only one of its kind in any subcompact on the market) is paired with a 180-hp, 2.4-liter inline-4 producing 175 lb-ft of torque.

These were some of the best cars that we have available at Jim Marsh Kia in our pre-owned inventory, and you can find them in our “Vehicles Under $300 a month” category. Have a look, read the details and give us a call. You can also visit our Nevada auto center at the address, 8555 W Centennial PKWY, Las Vegas, NV 89149. You'll surely leave with a car of your choice.