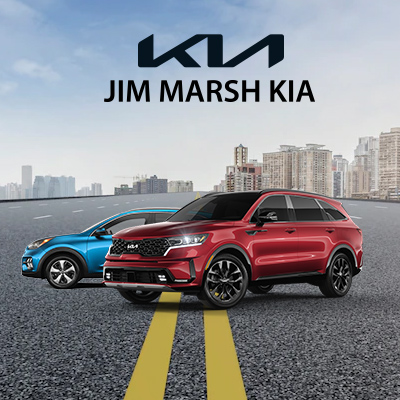 There is no doubt that the fifth generation of the Kia Sportage is one of the best SUVs around. The Sportage is now in a prominent position in this category because the giant Korean automotive brand has experienced a leap in its car design and quality. The Sportage has a size that makes it suitable for everyday use and, naturally, for weekend trips or vacations.

Today, automotive brands introduce models with various options, as mentioned earlier. Indeed, never in history have we had so many options in the automotive sector. Car manufacturers are gradually offering more alternatives, making it easy for buyers to choose the one that suits their needs. Kia is one of the best automotive manufacturers that also produces many versions of its Sportage.

You can see many compact SUVs, including Kia Sportage, on the road, which have the conventional internal combustion engine powered by gasoline. This type of engine was first developed in 1860, which has several moving parts working together to propel the vehicle. Although hybrid cars have been introduced around the world, the gasoline engine remains in use. The reason may be that many drivers like its power and performance delivery.

If fuel economy is one of your major concerns, it's easy to go with the Hybrid version which is the better choice you can make. Although a Sportage Hybrid is popular for providing better fuel economy than a regular one, the fuel economy of the standard Sportage with gasoline engine is not bad. According to Kelley Blue Book (KBB), the standard version of 2023 Kia Sportage with front-wheel-drive (FWD) averages an EPA-estimated 25 city and 32 highway MPG.

Over time, state-of-the-art technology with constant improvements has made gasoline engines much more efficient and environmentally friendly. Their fuel consumption has been significantly reduced, emitting less nitrogen oxide (NO) than diesel engines. One of the significant advantages is that they are more affordable than the hybrid version.

So, the pros of the gasoline mechanics of Kia Sportage are that they are the cheapest in terms of the purchase price. Gasoline engine is lighter because the hybrid version of Sportage has a motor and a battery that make it much heavier.

The trunk capacity is 591-Liters in the regular version, occupying all the seats. When traveling with two people, you can fold down the rear row of seats to expand this capacity to 1,780-Liters.

A vehicle's fuel economy takes into account the miles traveled by car and the gasoline amount consumed. If we talk about the Sportage with a gasoline engine, it is best for highways. The gasoline engine delivers better mileage on the highway than in the city, as they continuously run. City driving is harder, as the engine has to work harder to stop and start changing speeds more frequently.

Kia launched the new generation of the Sportage hybrid version, its most successful SUV ever. In addition to a 1.6 TGDI gasoline engine, the Kia Sportage Hybrid is equipped with an electric motor whose combination provides 230 hp. This version is only available with an automatic gearbox and gives you the option of front or all-wheel drive. The model has a renewed look with a turbo engine and mild-hybrid system.

The gasoline version has also received hybrid options, which reduce fuel consumption and have less impact on the environment. In addition, Kia Sportage is also available in the mild hybrid version, which is a compact hybrid system. This version utilizes the energy during deceleration and improves fuel efficiency.

This version is equipped with a 48V electric motor responsible for converting kinetic energy into electrical energy with excellent efficiency during braking. It stores the energy and supports the combustion engine with up to 12 kW of electrical power.

Although the hybrid model is the best, the mild hybrid version using the conventional combustion engine also lowers the fuel consumption in the best of cases. Compared to the non-mild-hybrid version, the '4' grade manual of Sportage hybrid version benefits from a 15g/km reduction in C02, while its fuel economy is increased from 44.1mpg to 46.4mpg (combined WLTP), an increase of 5.2%. Meanwhile, the '4' DCT auto with two-wheel-drive has reduced its emissions from 129g/km to 118g/km. Its fuel economy is thus boosted from 44.8mpg to 47.9mpg.

The trunk capacity in the standard Sportage version is not significantly affected than the hybrid version, as it is 541-Liters. Thus, in this aspect, whichever version you choose, you will always have a very large space for loading your luggage.

We hope this blog will help you know the difference between the Kia Sportage regular and hybrid versions. If we only consider the fuel consumption aspect of both versions, you can choose the hybrid model if you mostly drive within the city and the gasoline model if you are often on the highway. It all depends on your needs.

If you are looking for a new 2023 Kia Sportage and the best Kia dealership in Las Vegas, Nevada, Jim Marsh Kia is always within your reach. We also deal in pre-owned vehicles and provide high-quality parts. And if you need superior after-sale support and service, you can contact us. When finding cars at our dealership to choose your favorite, you will expect all body types and engine sizes that suit your needs. Come to us with confidence and make a fair deal with us today!