A message to our valued customers regarding COVID-19

Service and Parts are open to service your vehicle Monday – Friday: 8:00am to 5:00pm and Saturdays from 8:00am to 12:00pm. Rental vehicles available at our location.
To schedule your service appointment, please call for details: 702-946-1000 or email at blairp@jimmarshauto.com.

CALL US FIND US

Does Kia Make a Truck?

Does Kia make a truck? Although the Kia Bongo cabover truck has been popular in South Korea for almost four decades, Kia does not currently offer a pickup for the U.S. market. However, with rumors of a new Kia pickup truck gaining traction, we couldn’t be more excited to share what we know with Boulder City and Pahrump drivers.

Speculation on the new Kia pickup truck has been mounting for years, but we now have some confirmation that a new Kia pickup will arrive before the mid-2020s. Whether it will come to the U.S. is still uncertain. Here’s what we know for sure:

The Facts: According to Meredith, quoted in CarsGuide, the new Kia truck won’t be a “lifestyle” truck with a unibody frame. Instead, the new truck will offer dual-cab and single-cab options, suggesting a classic body-on-frame construction. In the same interview, he suggested that diesel and petrol powertrains would both be made available–and that’s very good news for the Henderson region’s most adventurous, hard-working drivers.

So, does Kia have a truck lined up for the U.S. market? It’s still too soon to tell, but you can count on Jim Marsh Kia to keep you up-to-date with the latest news.

Does Kia make a truck? Over the years, they’ve built, previewed, and tested several!

However, despite the presence of these concept vehicles at high-profile venues like the Chicago International Auto Show, none has ever made it to production. Although rumors of the new Kia pickup truck have alluded to an all-new platform, curious drivers will definitely want to take a closer look at the Kia trucks of yesteryear:

Was it the best of both worlds? Or a thought-provoking mashup that might have been better left on the drawing board? We think the Kia Soul’Ster had a lot of potential, but it’s certain that the new Kia truck will be worlds apart!

Get the Latest Kia Truck News with Jim Marsh Kia!

With a new Kia pickup release date potentially on the horizon, we here at Jim Marsh Kia are on the edge of our seats. If you love the benefits of owning a Kia but desire rugged truck-like power, learn more about the Kia Sorento towing capacity. As always, drivers near Boulder City and Pahrump can contact us today for the latest information, or check our blog for updates! We can’t wait to show you more about Kia features, like Kia UVO.

0 comment(s) so far on Does Kia Make a Truck? 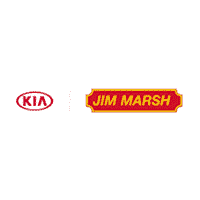